Home / Culture / Mountain Con: the zest and the zing of writing

Mountain Con: the zest and the zing of writing

This is my report of Mountain Con. Unfortunately I was only able to attend one day, but it was a great one.

I’m going to give a shout out to all the goodness I experienced. So if you don’t really care what happened at the con, you can stop after this paragraph and take this message away with you: Brandon Sanderson (who does Writing Excuses, has published several novels, and is the chosen one to finish Jordan’s Wheel of Time series) and John Brown (with a must buy novel coming up next year) are incredible teachers. If you ever get a chance to attend a class or workshop by any of them, don’t let it pass. There is already a flowering of genre writers going on in the intermountain west, and I expect it to grow even more because of those two.

So, on to the details.

I’d hoped to catch the Brandon Mull address, but got there late. Forgetting to not feel stupid about being late, I wandered around for a little, attended an unlisted 3D graphics panel for a while, and then decided to just go ahead and sit in on Brandon Mull’s talk. Thirty seconds later, he finished. Oh well.

The next panel I took in was Exo-anthropology 101. Among the participants were Nathan Shumate, Kathleen Dalton Woodbury, Charles Galway and Eric Swedin. Beginning with a discussion about how life arose on Earth and how it could have diverged from life elsewhere, it lead into how even humans from different cultures can often barely understand each other. If we ever actually met aliens who were sentient, they’d be so difficult to communicate with we might never be able to come to terms with them. Of course, then the meaning and Meaning of intelligence was discussed. I’m not sure I could say that I learned any new pieces of information, but a healthy reexamination and a few new connections are always good for the brain. The intellect starts ticking its tock and the muse starts humming a tune. This was a great start to the day.

It got out a bit late, but I sat in on JoSelle Vanderhooft’s lovely poetry class, where she introduced me to John Donne http://www.luminarium.org/sevenlit/donne/ and made me excited about the words themselves. After that, I found the dealers room with Badali Jewelry in it. Unfortunately, I didn’t come packing extra funds to buy jewelry, but Badali’s work is beautiful and I would love to have something by them.

After a nice lunch with Kathleen Dalton Woodbury (who is the moderator of the Hatrack River Writer’s Workshop), we attended Brandon Sanderson’s first writing workshop. I’d read his book Elantris, in which I found not only a delightful and strong female protagonist but an unusual and just plain cool magic system with the premise: what happens when the magic starts to fail? I also loved the depiction of a religious system in conflict and villains who were noble in their way. I wanted to know what special writing power I could get from this Sanderson.

The answer was that I would get more than one from Brandon that day.

In his first class, I finally got a good feel for setting and how it relates in conflict to character and plot. I’m not sure I would organize my relationships between the three in exactly the same way he does, but that is just a matter of unique personal approaches. The great thing about authors imparting their way of doing things is that even if it is different they give you a different angle to see things that enlightens your own methods.

Grab everything you can learn about the art you’re engaged in. Even if you find it doesn’t work for you, that is good to know too.

I was already beginning to get an idea of one of Sanderson’s real superpowers. I will name it Zest. I went to Mountain Con in part for a battery recharge. I didn’t know that I would need it so badly at the end of the week in which a project where everything that could go wrong was going wrong deadlined. Brandon delivered that recharge in spades. I’m even excited about the non-fiction stuff I’m writing. I want to go out and help people create art.

Kathleen then taught a wonderful class on writing things that uplift the world rather than add more toxicity into it.

I hooked up with Darren Eggert, a member of Codex, and Ken Lee. Both of these talented guys were at Dave Wolverton’s workshop with me earlier this spring.

Then I did what I told myself I wouldn’t do. I bought books. I had to use the excuse on one of them that it was a Christmas present, however I always read my kids’ books. It would absolutely be something my youngest daughter is going to love. I mean, it’s as if Sanderson sat down and wondered what kind of a story she’d like and then wrote it. And I’ve been wanting her to lean more towards books in her enjoyment. Add to that the fact that it would be signed, and how excited Sanderson is about his own books and you can understand how I fell to the temptation.

I took in his main address, where he spoke about genre fiction and how it offers us more room for compassion and for writing stories that uplift us. In the same room was the recording of four podcasts of Writing Excuses, which Sanderson records along with Dan Bacon and Howard Taylor of Schlock Mercenary. Great stuff that I’ll be queuing up while I run or clean house. Because I really don’t have time. But they definitely are smart enough to be doing what they’re doing.

John Brown is a guy I went to Orson Scott Card’s Literary Bootcamp with a few years ago. He is just finishing up the final edits on his first book of a three book deal, called Servant of a Dark God. I read early versions of this and the world was very intriguing. I still have images stuck in my head. He has a seminar called “How to Write Killer Stories” that he invited Brandon to teach with him. John is organized in his approach and encourages lots of interaction. Like Brandon, he’s very excited about the craft of writing. The dynamics of the two together makes for an exciting experience.

This is where I learned of the other superpower of Brandon Sanderson. The man is disciplined. I’ve been saying for a long time that the only difference between a published writer and a non-published one is persistence: sitting down and doing it, even if you think you’ve failed. Brandon didn’t just dream about being a writer. He wrote 13 novels before he got published.

John probably doesn’t have quite so much volume, but he has been pushing the writing for years, with successes and not quite knowing how he succeeded. Rather than giving up, he kept going.

Their goal was to help other writers not have to take so long by showing them how to create stories that do what they’re supposed to and how to spark their creativity to that end.

One of the important things to do is to create Zing, as John calls it. Wow, gee whizbang is that cool kind of stuff. To do this, we have to find it and we find it by getting out there and looking for it. It’s everywhere. Using this, and combining some ideas from Orson Scott Card’s Thousand Ideas an Hour workshop can lead to ideas that are beyond cool.

I’m not going to teach their class for them, but they succeeded tremendously well. Being a writer is a lifestyle, not just a career. Inspiration is everywhere. I came away literally shivering with excitement. Okay, I maybe that was because I was beyond really hungry and a bit cold. Except that I didn’t come down off the high once I had some food in me.

And I’m still in that place. So thanks.

Previous Ralan’s Extravaganza
Next Just a bit of thinking 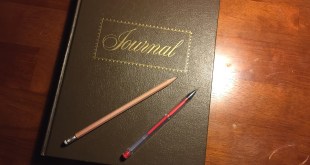 Writing in a Journal