On the way home from my book club tonight, I saw an advertisement for Impact Training. Oh man, did that bring back some memories. I’m not sure whether to be thankful or angry. You see, my parents did this, way back in the mid eighties, when it was but a young company on the crest of this trend of New Age seminars meant to replace the spirituality that people had left behind in their pursuit of success. My parents were informed that this was the Mormon version.

I’ll start with the good. I learned two things from them. First, I am responsible for the way in which I react. Second, I should not be afraid to be exactly who I am, and conversely I shouldn’t want other people to be like me. Okay, a third one: guilt is not helpful.

These are excellent things to know, and I’m very glad to have learned them.

I learned them because my parents kept on bringing this message home and it really resonated with me. For them, it was good for a short while. But one of the problems was that this Impact Training wasn’t structured to give you the information and then let you go on your way. No. It was a situation where you’d need the next step, and the next, and the next – but without much substance in any of them beyond the initial teachings.

My parents brought my sister and I to the teenager/parent one. I was curious, at how great this must be. I have to admit, I was a bit disappointed. There was nothing much going on here than object lessons, relaxation techniques, and team building techniques brought together in what was actually a bit addictive. And what was worse, the leaders manipulated the bond built between these people so that social pressure was put on everyone to attend the next training. Each of these, of course, costing more money. One interesting and alarming side effect was that integrity was deemed very much less important than how one felt.

Wrapped up in some very excellent truths was a technique meant to enslave people. I saw people lose their religion, friendships, and marriages over it. I’m a bit older now and recognize it better.

My parents started to get clued in to what was actually going on. We had to move out of state to get away from it.

Most everything my parents had gained in self esteem and drive through these trainings faded. It had been artificially inflated, based not on real gains, but on junk spirituality.

Previous Related to Barack Obama?
Next The Immortals by Tracy Hickman 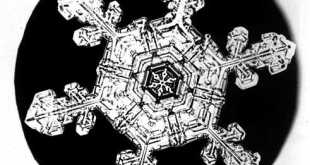 A couple of weeks ago, I started school online through the Pathway program of BYU-Idaho. ...